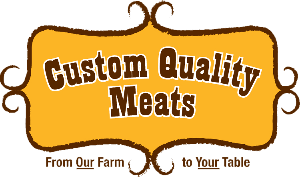 The selection process is crucial.  It begins with fresh sides of beef that come straight from our farm; Willow Lake Farms.

The color must be pink with an even conformation of fat dispersed throughout. This is referred to as marbling.  If selected, the loin is prepared for the dry-aging process.

The prime beef is kept in a temperature-controlled cooler where air circulates around them.  After the meat is properly aged, it is butchered for prime case stock and made ready for sale.

Our Specialty is Farm Raised Natural Beef Dry-Aged to Perfection

All cuts of meat have varying traits.  These characteristics affect the quality of the meat.

DRY-AGED – Dry-aging is a process by which meat is tenderized. The meat will be hung in a cold locker with a temperature of 32 to 38 degrees for three to six weeks, which breaks down the fibers and makes the meat tender.

MARBLED – The presence of grains of fat in a cut is called marbling. In prime cuts, the marbling will be fine and will generally travel in one direction. Big pieces of marbling don’t tenderize the meat as well.

CHOICE – This is the medium-grade choice and is what you’ll usually find in the supermarket. Since there s a wide range of quality within this category, look for the primary clue to quality marbling.

The LOIN has two subprimal, or three if boneless:1. the short loin, from which the T-bone and Porterhouse steaks are cut if bone-in or strip steak (Kansas City strip) is cut if boneless.

The RIB contains part of the short ribs, the prime rib and rib eye steaks.

The SIRLOIN which is less tender than short loin, but more flavorful, can be further divided into top sirloin and bottom sirloin (including tri-tip)

The BRISKET is used primarily for stews e.g., five-spice beef, and curry beef brisket.  Westerners tend to use it for barbecue, corned beef, and pastrami.

The TENDERLOIN, which is the most tender can be removed as a separate subprimal, and cut into filet mignons, tournedos or tenderloin steaks, and roasts (such as for beef Wellington).  They can also be cut bone-in to make parts of the T-bone and Porterhouse loin steaks.

The FORESHANK or shank is used primarily for stews and soups.  It is not usually served any other way due to it being the least tender of the cuts.

The ROUND contains lean, moderately tough, lower fat (less marbling) cuts which require moist cooking or lesser degrees of doneness.  Some representative cuts are round steak, eye of round, top round, and bottom round steaks and roasts.

The plate is the other source of short ribs, used for pot roasting, and the outside skirt steak, which is used for fajitas. The remainder is usually ground, as it is typically a tough, and fatty meat.

The FLANK is used mostly for grinding, except for the long and flat flank steak – best known for use in London broil; the inside skirt steak – also used for fajitas.

The staff of Custom Quality Meat is always available to help with your selection.  However, it can only help to for you to brush up on the terminology.

Regardless if it is beef or lamb, all animals have the same basic arrangement.  The parts you get from the forequarter – the front legs, neck, and breast – are best used for braising and stewing.

The following table shows Food Network Kitchens’ preferred internal temperatures for beef and pork based on taste and texture. Note that out of a concern for safety, the USDA recommends higher temperatures.  USDA temperatures are included, leaving it up to you to decide.  Food Network’s rule of thumb is that if they know and trust where our meat comes from, they’re okay sticking a fork in it before the USDA says it’s done.